* In case of any delay in receiving the OTP, you may verify it later. Please proceed without verification.

Enter your City name or Pincode

Known for gigantic Nangal Dam, Nangal is a besutiful city and also a municipal council in Rupnagar district of Punjab. The place is almost 60 kms away from Rupnagar. Nangal is nestled at the foothills of the Shiwalik Hills and it was set up here after the planning to construct a dam which was needed for the formerly formed villages. There are several residential areas in Nangal namely the BBMB Township, Shiwalik Avenue, downtown Nangal and the Naya Nangal Township. 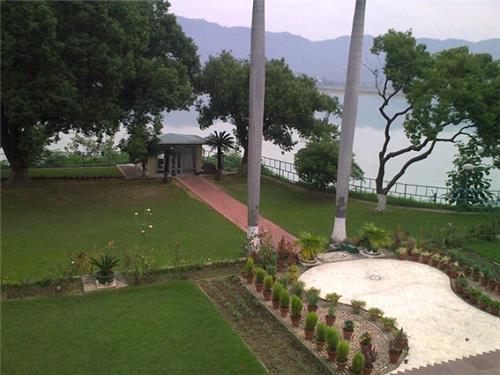 Nangal found the origin of its name from a village named “Nangal Nikku”. The present-day Nangal is located on the land occupied by some small villages namely Hambewal, Nangal Nikku and Dubheta. In the year 1948, when the building of the Bhakra Dam was intended on the River Satluj, Nangal found its place by acquiring land from the above mentioned villages. After the establishment of Nangal it was distributed into 3 parts- Nangal Township, Nangal and Naya Nangal.


Geography and Climate of Nangal

As per the census of 2011, the town’s population was 48497 out of which the females comprise 47 percent whereas the males comprise almost 53 percent of the total population. The avg. literacy rate of Nangal is 82 percent which is greater as compared to the national avg. i.e. 74 percent. The female and male literacy rates are 79 percent and 85 percent respectively. The population of kids below six years of age is 9 percent of the total populace of the town.

Nangal offers some remarkable places of attractions to the tourists. Tourists and pilgrims flock the town every year in large numbers from different cities like Amritsar, Chandigarh, Delhi and other parts of India. Owing to its easy access via road and rail from various parts of India, Nangal is gradually becoming more popular for its tourism and attracting a plethora of visitors to this scenic township. A brief description of the various tourist places located in Nangal has been given below.

The Bhakra Nangal Dam is one of the most breathtaking attractions of Punjab and is one of the most renowned straight gravity concrete dams in the globe. This dam is located at a distance of 10 kms from Nangal. The construction work of Bhakra Nangal Dam began in the year 1955 in November. At the back of this dam there exists the “Gobind Sagar Lake” which is approximately 96 kms long and can store about 7.8 million acre ft water. The dam is stuck between 2 power houses at the downstream. One power house lies at each side of the Satluj River. Both the power houses have been installed with five generators and all of them together produce an electricity of 1050 MW. At Gobind Sagar, the tourists can enjoy a variety of water sports. A road has also been built which connects Bhakra Nangal Dam with Kullu and Shimla through Bilaspur and Naina Devi shrine.

This is another prominent attraction of Nangal which is nestled on Sutlej River’s right bank. This Gurudwara faces the Sutlej Sadan of the management board of Bhakra Beas. It is believed that Guru Govind Singh lived here for one year and composed religious chants to admire God. To reach this place the tourists have to go across the River Sutlej crosswise the Bhakra Nangal Dam to arrive at the Naya Nangal Township and then they can visit the Gurudwara located adjacent to it. In addition, here one can also witness the National Fertilizers Limited Factory which was established by Govt. of India. This Gurudwara attracts bounteous Sikhs from nearby towns and cities.

This pious shrine is devoted to Lord Shiva and is situated almost 4 kms away from the Nangal Township. This temple lies on the suburbs of Mojowal Village on the road from Nangal to Bhallan. Swami Giangiri was the founder of this Ashram. It is said that Swami Ji used to live here in a tiny hut close to the river bank of Satluj. Inside the Ashram, there also exists a dental clinic and Ayurvedic dispensary and both of them are free of cost. Every year the temple campus witnesses the Nirjala Ekadashi Vyas Pooja and the Maha Shivratri Pooja.

Nanagal town is well-equipped with renowned hospitals, experienced doctors and admirable clinics. The city feels proud to bestow its public with all these medical facilities that one can expect. The doctors and other medical staff in Nangal are always ready to offer round-the-clock medical services to the patients suffering with various kinds of diseases. The hospitals in Nangal have different departments with specialized doctors and nurses to treat the patients going through miscellaneous ailments. Following are some prominent hospitals and clinics in Nagal:

The food of Nangal predominantly comprises Punjabi cuisines. Punjabi food is greatly inspired by the age old conventional agricultural lifestyle of the people of Punjab. The specialty of Punjabi cuisines is its richness which is enhanced by abundance of ghee or butter. Butter Chicken, Sarson da Saag, Makke di Roti, Tandoori Chicken, Dal Makhani, Chole-Bhature and Lassi are some popular cuisines that are relished by the locals of Nangal. Among the sweet dishes gajar(carrot) halwa, jalebis, soan papdi, imarti, pinni are the most admired ones. Following are some noteworthy restaurants in Nangal offering traditional and continental dishes.

There are several hotels and lodges in Nangal across various localities of the town. These hotels have all the latest amenities to offer its customers. Tourists from various parts of Punjab and other states visiting Nangal can have a wonderful and memorable experience at Nangal Hotels and Lodges. In order to get the best accommodation one needs to check out the contact details of the following renowned hotels and lodges in Nangal:

Nangal is linked with the rest of Punjab and Himachal Pradesh via efficient bus services. Direct buses are available at regular intervals from any part of Punjab to reach Nangal . The Nangal Dam Railway Station is the main rail head of the town and is connected with many other important cities of India. Trains are available from other towns and cities of the state to arrive at Nangal. Nangal is just 94 kms away from Chandigarh and one can take a bus from Chandigarh to reach Nangal. The nearest airport to the town is the Ludhiana Airport which is 81 kms away from Nangal. Thus, Nangal abounds with adequate number of hotels, excellent medical units, spectacular tourist spots and superb transport options for the residents and the tourists.


Nangal at a glance

Comments / Discussion Board - About Nangal